Let’s begin by talking about the screen size. I know it is a bigger screen but that does not mean it can’t run more applications and have a better UX (User experience). The screen not only bigger but this in return allows you to do more things with it. You can read full sized magazines on it, You can play games better on it, and since it is bigger some of those applications that require more space can run since it is an iPad. So all-in-all the screen size allows more UX and the ability to run applications that require more screen space.

The size of the device is great because it makes it easier to take with you and do classes or business. It allows you to interact with the device more easily to get more done with less effort. Certain applications such as Omnigraffle (a vector program) require a bigger screen to interact with. Imagine trying to create a whole company’s network diagram. They have hundreds of routers and switches and your using your iPod Touch to do this (I don’t even think it’s supported on the iPod). You would be sitting there all day zooming in and out to see. Imagine having an iPad. You could create bigger sections of the network in just seconds. And as a Web Developer and Network Administrator this makes it very easy on us. Not only that we can sync this up remotely to our servers and continue our work on our computers.

There are a lot of other uses of how the iPad can come handy in the business world. Now what about the average user? The user that only requires basic functionality? Do they look at this and walk away? The answer to this is No, the iPad is functional for all uses and all users.

Let’s talk about the functionality for the average user. Let’s talk about my Dad (to all the older users). I bought my family (primarily dad) a 4th generation iPod Touch. He (all the older users) has a hard time reading the screen. Now although there is user accessibility to the iOS this in fact is difficult for my dad (all the older users) to use. It gets to complicated since we are talking about older users that did not grow up with computers. After bringing home my iPad 2 my family (including my dad – the older users) was truly “in love” with my iPad 2. They were able to use the device without requiring any accessibility features. Not to mention they loved how everything could easily be done on the device. They loved the hi-resolution screen and the photo library it had. They saw all the other features including facetime on a big screen. Now I am not saying that the iPad is just big and great for old users. I am just explaining some of the features that the iPad has.

There are other things like gaming. Gaming on the iPod Touch is cool and all but it is like gaming on a gameboy. There are way more better games for the iPad. For example there are games like Call of Duty, Mirror’s Edge, Asphalt, and any other major XBox game. Some of these games are in fact more fun to play on the iPad because the user interaction and the ease of the play. For example on the XBox to steer a car it is simply buttons. How about the ability to steer the car like an actual car with the iPad? It allows you to feel something more amazing. And that could be your excuse why you keep moving around like that rather than looking like an idiot moving around pressing the buttons when you know in fact moving does not move the guy using the XBox controller. It is the actual buttons.

There are thousands of other features the iPad 2 has. Not to mention the new iOS 5 that is going to go public this fall. The new iOS 5 includes wifi syncing and not the need of a PC. There will also be a news stand so you don’t need to buy paper subscriptions of your newspaper or magazines. There also is tabbed browsing in Safari, everything is on the cloud (Remote-Internet), and built-in twitter. The new notification system will allow you to read your messages while you play your game without having to press “ok” and resume your game. When you click resume you usually loose your game.

A few other things the iPad has is a lot more flash and RAM than a little iPod touch. The iPad has more graphics processing and more CPU power to power your hi powered applications. Also, the ability for iMovie and Garageband turns your iPad into one great music/movie making machine. The iPad has more support for more applications and has more capabilities.

Ever since I got the iPad 2 it has been a magnificent device. It has replaced everything I own except a couple things on the computer. The iPad isn’t great at creating websites. It also can’t develop applications for the apple mobile platform. But other than that I am assured I can go anywhere in the world with my iPad 2 and it will be enough for me to do anything.

—
Michael J Brancato
Making the world a better place one step at a time. 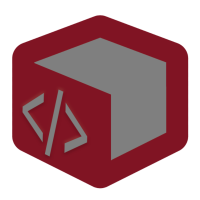 Michael J Brancato
I am currently an Application and Web Developer. I am a US Marine Veteran. I love cooking, coding, spending time with my girlfriend, and photography. ~MJB